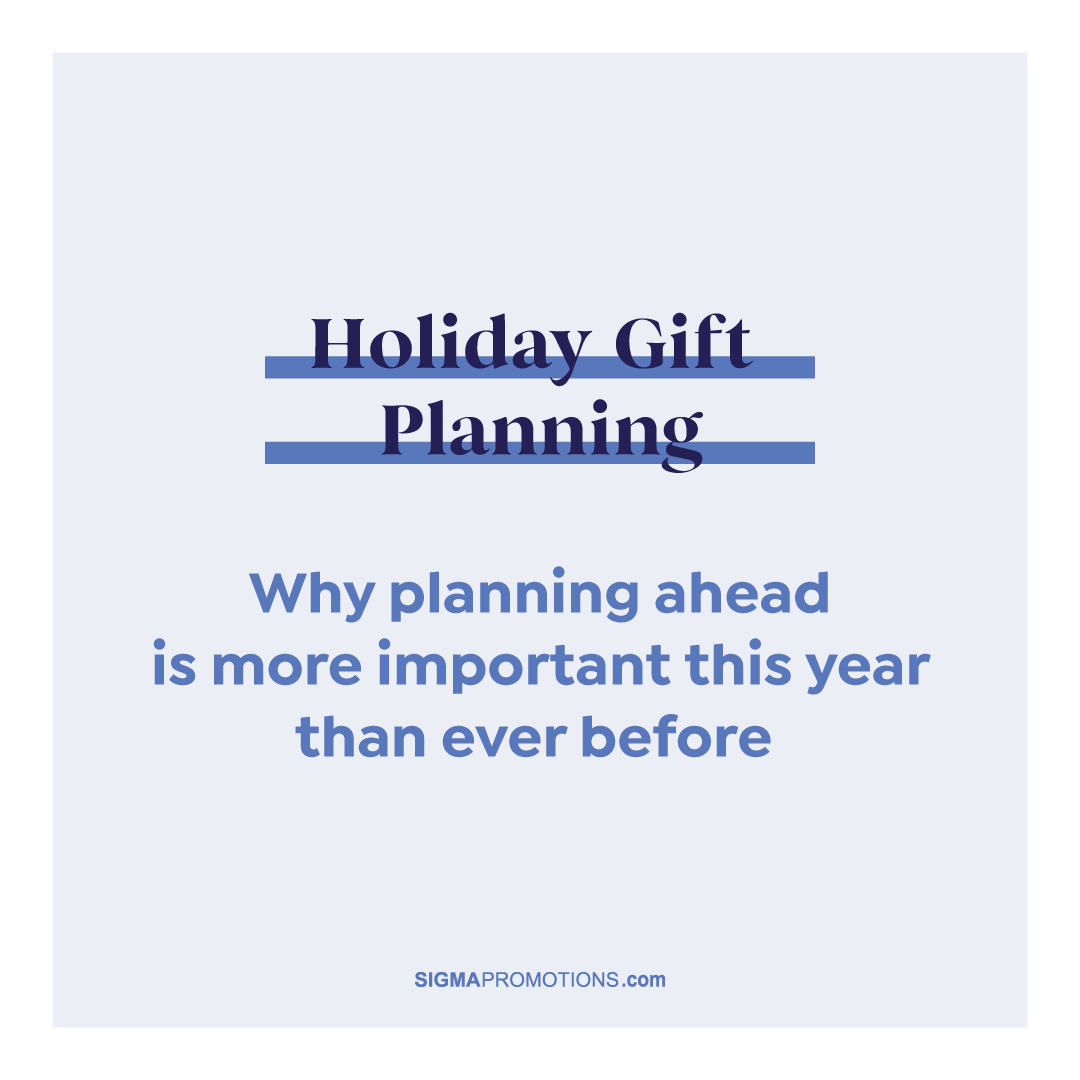 21 Oct Holiday Gift Planning: Why Planning Ahead is More Important this Year than Ever Before

Posted at 13:47h in Promotional Products by Nikki Pett 0 Comments

We’ve all been there… the last-minute holiday shopping, or rushing to get gifts in time for a party and before things close down for the holidays. While this year should be no exception, it’s actually important more than ever to plan ahead for your holiday gifts for your team, clients, and even personally for any family or friends you may be shopping for.

At Sigma, we strongly encourage you this year to plan as far in ahead as possible to avoid delays. We anticipate delays not just for couriers and logistics, but also with things like stock and production capacities.

Here are 4 important factors you must keep in mind when you are planning your holiday gifts this year:

I don’t know if you guys had any experiences with shipments back in March when things first started closing down, but I sure did and, I have to tell you, it was not fun!

UPS, one of our major carriers, usually operates with 63 hubs in Canada. When things closed down in March, they went to 7 – that’s right people, 7! And UPS was not the only courier service to close like this.

This resulted in major delays and backlogs. This was exacerbated by the increase in demand for people ordering things online with traditional brick and mortar stores closed.  While many carriers have since opened up most of their hubs and are caught up, we want to make sure we take into account the serious possibility of closures again in a second wave.  In prior years, we could expedite shipping for rush projects and they could arrive next day, but this year that may not be a possibility.

During the holiday season, many companies will hire on more staff to handle the workload. And while this will happen again this year, it comes with a caveat – with social distancing measures in place, our manufacturers and decorators can only have so many people working at one time in their current facilities. We are doing everything we can to increase production capacities during the holidays, but health and safety is still of utmost importance, both to us and our suppliers. This means that we may not be able to offer the same kinds of rush production times we have in previous years.

Drop shipping and kitting have become a huge success this year, and it is a service we are excited, happy, and proud to offer! That said, it does add time to production. Shipping 100 bottles in bulk to one office location as opposed to individually packaging and split shipping to each 100 individual recipient’s homes takes some added time. We are super excited and more than happy to help all of our clients with this option, though this is a friendly reminder that it can add anywhere from 3-10 business days to production time, depending on the complexity of the kits and project.

There’s nothing more frustrating when you’re shopping online and you’re ready to check out and an item in your cart is out of stock. We understand that frustration and do everything we can at each step of the process to ensure the item you want is in stock. Our industry usually orders their blank stocked goods in March and April from overseas, to have delivered for this time of year. Well, this year no one was ordering their inventory for the holidays in March and April due to travel restrictions and closures. What inventory was ordered, was on a much smaller scale than usual.

We still have a lot of amazing products that are in stock, but it’s something we will have to keep an eye on closely and things can change very quickly. Never fear – if there is an item that runs out of stock, we can always find something similar. But if your heart is set on a specific product, it’s best to go ahead and order as soon as you can to reserve the stock.

We are here and happy to help with any projects you may have on the horizon! Not sure where to start? Reach out to one of our amazing team members and we can help put together some gifting ideas to WOW you and your recipients. Happy Planning! 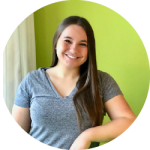 Life’s A Beach!
3 Ways to Incorporate SOAP into your next Promotion!
Summer Apparel